Grief and Loss: Knowing When Kids Need To Talk 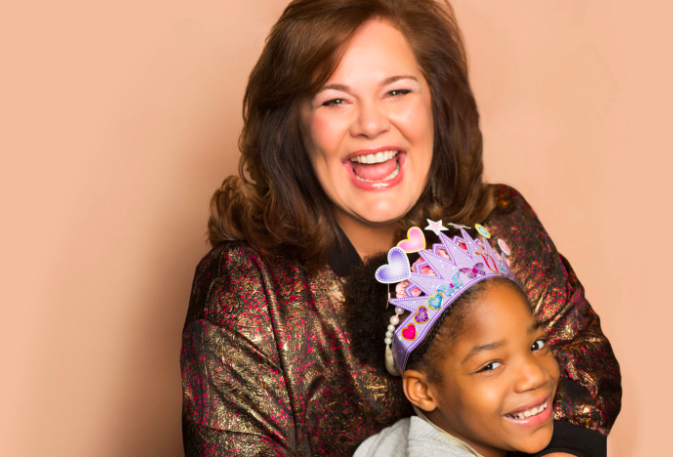 Take the time to help your children process worry, grief and loss.

When I was 10, my dad remarried. We moved out of the city to begin his dream of becoming a rancher. As his new ranch hand, I loved helping him with the work and caring for our farm animals.

One summer, one of our cows died before weaning her calf. I was thrilled to bottle-feed the orphaned farm animal. And I spent every moment I could tending to the black calf I’d named Inky. He followed me around like an oversized puppy. He slept outside the house, curled up with the dogs who’d accepted him into their circle.

Before long, Dad said it was time to assimilate Inky into the herd. I cried and insisted that he didn’t know how to be a cow anymore. He’d become part of our family. But Dad gently persisted, saying we had to do what was best for Inky.

One night, a pack of wild dogs attacked our herd. The next morning, Dad delivered the news that Inky had been killed. I was devastated.

While I was still grieving, my stepmother announced in an irritated huff that she was so sick of hearing me carry on over a “stupid cow.” I was 11. And it was the first time I recognized a stark truth about life and death: Grief and loss are isolating emotion.s Despair puts uneasy distance between the heartbroken and the observers—especially when the heartbroken are children and the observers are parents.

The pandemic hit everyone’s world with loss and upheaval. So I’ve become more intentional about combating the isolation and grief in my 11-year-old daughter’s life. Often that means I’m just there to listen.

I’ve aimed to create regular time and space for my daughter to talk about her concerns. Like many children, Missy rarely offers up her deepest thoughts and feelings, so this often takes creative coaxing. I usually get the conversation going by asking questions I’ve adapted from a prayer modeled by Ignatius, a bishop of the first century church in Antioch.

When did your heart feel God the most today?

What would you like to thank God for today?

From today, What are your “roses” (happy moments/highlights)?

What are your “thorns” (sad, scary or difficult moments) from today?

How do you need God to help you tomorrow?

These conversations are always the highlight of my day. Sometimes Missy is chatty, and other times she doesn’t have much to share. But it’s during these times that I often discover where the shadows of fear, grief and loss are. Sometimes those shadows lurk in the corners of my daughter’s heart.

She’s worried about getting extremely sick again, as she was as a young girl in Haiti. So she has requested to sleep in my room because I’m able to detect a fever before it gets too high. She’s worried about our finances, since my work as a traveling Bible teacher has been reduced during the pandemic. So she tells me she doesn’t need birthday presents this year. She sees the news and is worried that armed protesters might burn down our house or kill her dogs. She’s worried that her beloved Aunt Fifi will die before we can return to Haiti to visit her. (Aunt Fifi is the saint who cared for Missy after her first mama died of AIDS and left Missy infected with HIV, which caused her to be stigmatized in their rural village.)

My daughter spent the first four years of her life battling deadly illnesses, food scarcity and the soul-crushing environment of an impoverished orphanage. But the pandemic and societal unrest seem to have shaken her foundation more. Or they have highlighted cracks that were already there, according to my counselor friends.

So I’m determined to give my daughter the time, space, support and listening ear she needs to process her concerns. After all, keeping grief and loss secret only gives them room to grow and increases their potential to damage her innocent mind.

The reality of grief

A child may be grieving over something that seems inconsequential to an adult. But the emotions are still powerful for the child. I’ll never forget what a dear friend’s 13-year-old son said to her after a breakup when she tried gently explaining that his brief relationship with his middle school girlfriend was just “puppy love.” He was quiet and respectful throughout her monologue, but when she finished, his eyes welled up with tears. “Well, Mom, it sure feels real to this puppy,” he said.

When my stepmother callously referred to Inky as a “stupid cow,” she was technically correct. Bovine creatures don’t have nearly as high of an intellectual capacity as humans. However, she had an inability to recognize that I had a real bond with that calf, and therefore my grief and loss were real.

We’d be hard-pressed to find anyone else in human history who walked the narrow aisles of pain, feeling more alone than Job did. Before the prologue of his story is even finished, he’s lost almost everyone who really mattered to him—except for a few so-called friends and his wife, who was more salt-for-his-wounds than a comfort.

The end of the empathy rope

Unfortunately, much like my stepmother, after a week of listening to Job, these friends reached the end of their empathy rope and revealed their distaste for his honest despair. The spirit of what they preached was off because they were insensitive to Job’s very real, very personal relationship with God.

I don’t want to be like Job’s friends as I raise my daughter to manage the grief and turmoil this world dishes out. Now’s the time for us to be especially sensitive to our children. To sit on the proverbial ash heaps of what they’ve lost—school schedules, sports, playdates, relationships with grandparents—and truly listen while they lament. Both our presence and empathy are surely two of the most powerful gifts we can offer. •

Copyright © 2021 Lisa Harper. “Understanding When Kids Need to Talk” first appeared in the February/March 2021 issue of Focus on the Family magazine. Used by permission. All rights reserved.